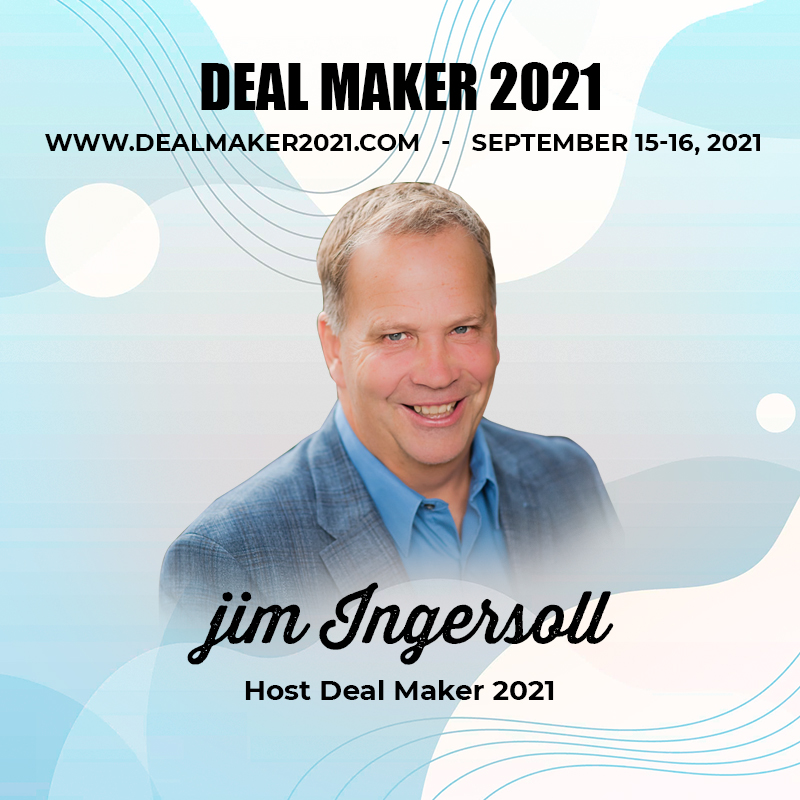 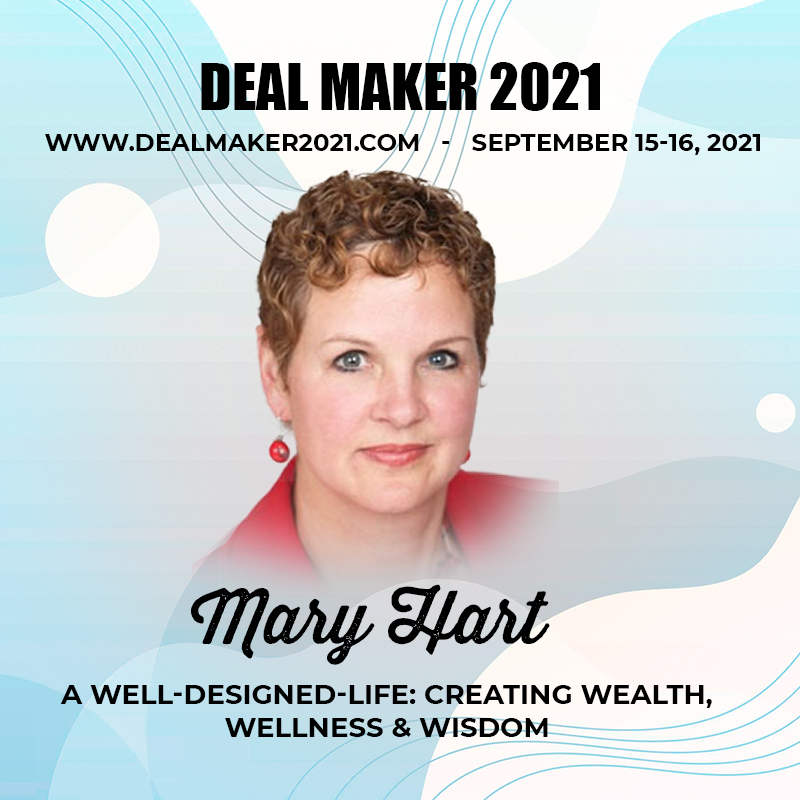 Mary Hart is an attorney who has been practicing law for over 26 years. She has spent years teaching real estate investors and others how to accelerate and preserve wealth through Estate Planning, Asset Protection Planning, Investing with Self-Directed IRAs, Private Money Lending, Selling Real Estate through a Section 1031 Tax-Deferred Exchange and more. Mary particularly enjoys empowering others with the knowledge to live a financially successful life and the means to pass that wealth onto loved ones – which she considers to be the ultimate love letter! Although Mary enjoys the practice of law, she knows she can empower more people through education and the idea of the Knowledge is Money Summit was born out of this desire to help more people enrich their lives through financial knowledge. Mary believes that financial literacy is missing in the lives of most Americans as financial education is not generally taught in the school system and she hopes to help raise awareness of the importance of financial knowledge to the quality of life of all Americans. 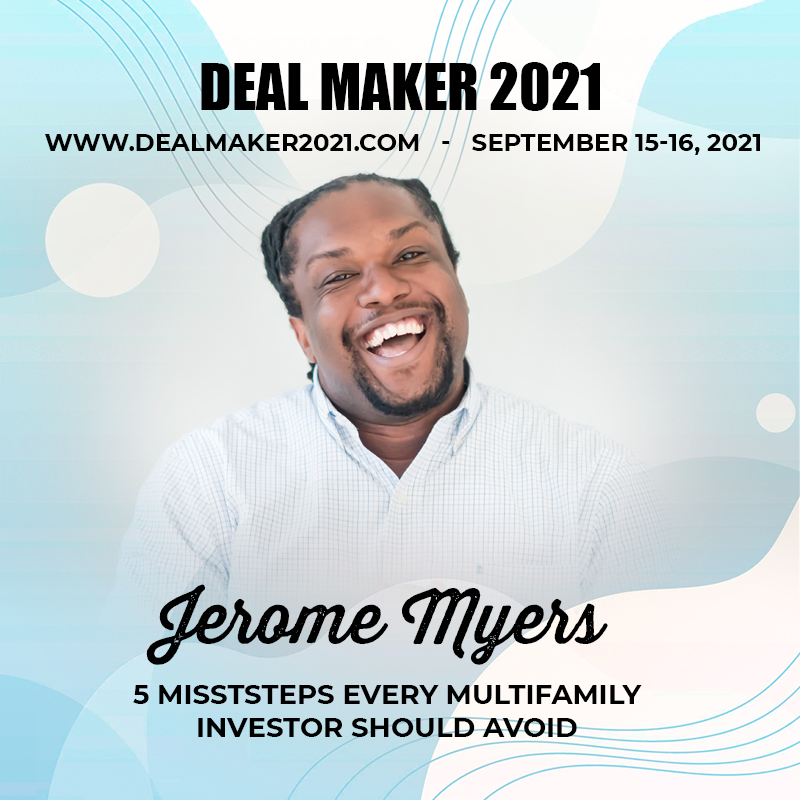 Jerome Myers is the preeminent authority of dream realization. A believer that dreams can, and should be real, Jerome left corporate America when he realized that his role offered financial gain, but little significance. He is the founder and head coach of Myers Methods and has been featured in Black Enterprise, Business Insider and numerous podcasts.  After building a highly profitable division of a fortune 550 company, Jerome decided to leave the rat race to get away from what seemed to be the endless slew of layoffs.  He has developed a system for exiting corporate America and creating a life of impact.  Today, he and his company help other apex performers find their calling and live every day on purpose by harnessing the power of his model for a Centered Life, what he calls “the Red Pill”. Jerome and his firms can guide any individual from a monotonous uninspiring existence to a life of fulfillment and impact. 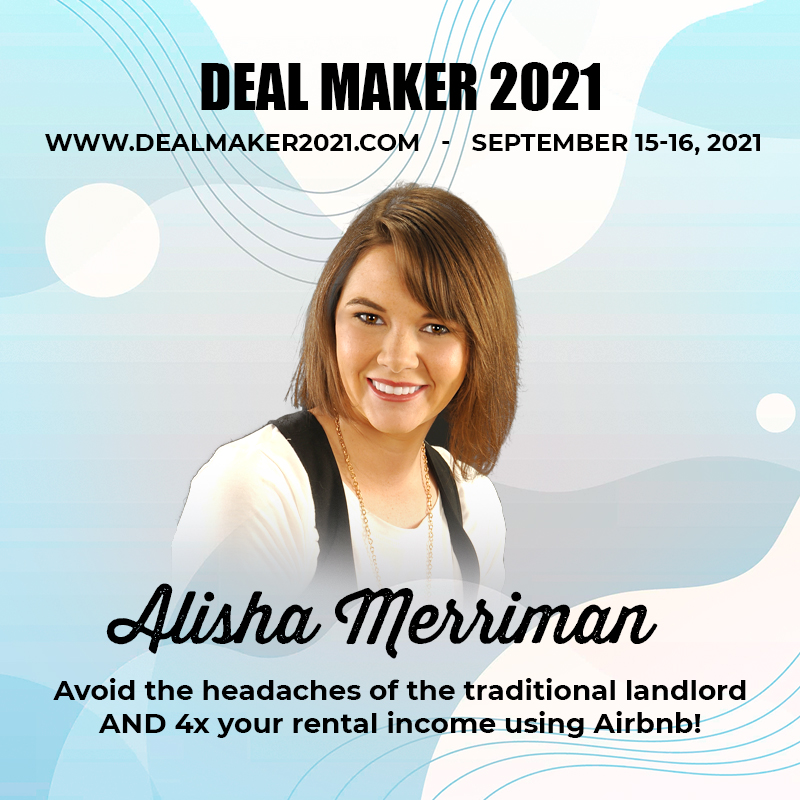 Alisha is a successful real estate entrepreneur, speaker & designer who has built a multi-million-dollar portfolio in just 5 years. She has grown her wealth through fix-n-flips, short-term rentals and corporate housing and is a noted consultant and speaker both internationally and domestically.

In addition to running her firms and being a new mom, she takes pride in helping savvy entrepreneurs like you elevate your business and dominate in your niche. Alisha has funneled her experience into personalized consults and master courses that will help you be your own boss and live life on your terms. She has helped clients go from frustrated and ready to give up their businesses to being completely refocused and energized.  Areas of expertise include how to cultivate healthy exit strategies, securing funding, asset protection, tax mitigation in every deal, and more… “Let me help you turn your purpose into profit. “-Alisha Merriman www.alishamerriman.com 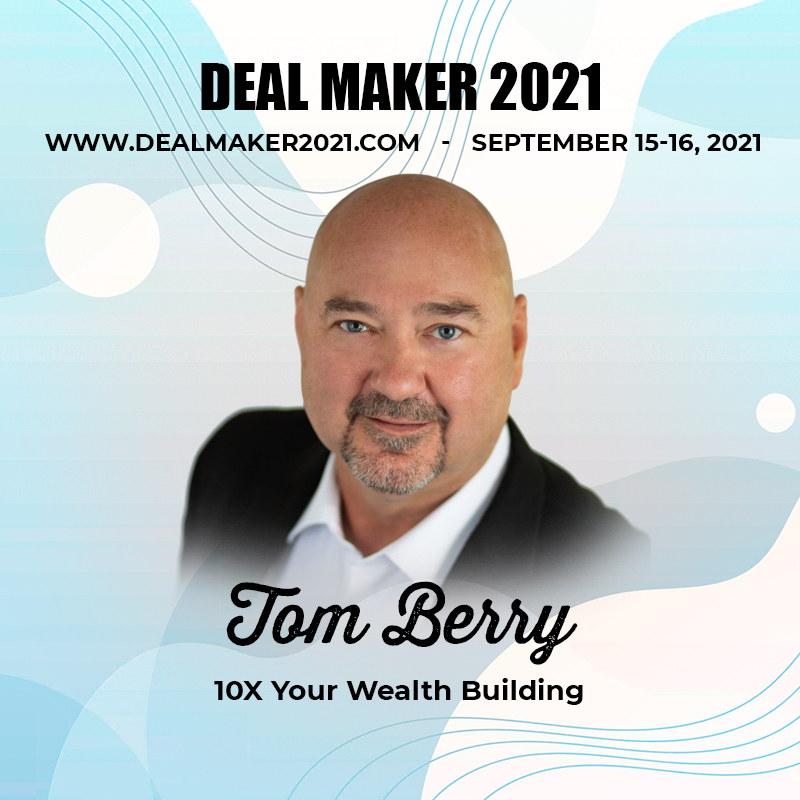 Founder and Principal Owner of Tom Berry REI, Edgewater Property Management, Galco Properties and Partner and Co-founder of Investor Loan Source, Tom Berry is a seasoned real estate investor, teacher and public speaker in the greater Houston area. As former owners of The Wealth Club, he and his wife Melissa grew the real estate investment group to become one of the largest in Houston, while teaching and coaching real estate investors there for over five years. He speaks all over the country teaching others about investing in real estate and even had his own popular rush hour real estate radio show. His passion is for people and helping them grow their wealth and achieve financial freedom – on their own terms.

Tom spent the majority of his early career in sales and management working in corporate America where he quickly realized he had a special knack for coaching and teaching others. This and his dream of being self-employed inspired him to step out of his comfort zone and quit his nine to five job and launched his own financial services firm. His business thrived for ten years until the financial bubble burst of 2007 and he lost everything. According to Tom, experiencing this loss was one of the best things that ever happened to him, as it forced him down a different path. With a negative $65,000 to their name, he and his wife Melissa began to invest in real estate with the goal of becoming multimillionaires within five years. They beat this goal by one year and together their portfolio is now worth over $19 million, the vast majority of it purchased with private money.

According to Tom, “ I’ve never let money be a limiting factor or lack thereof. I can buy anything as long as it’s a good deal. You just have to be willing to go out and raise capital.” This led to the creation of Investor Loan Source. Not everyone is good at raising capital. Tom’s personal journey, hardships and professional success have given him a great deal of empathy, knowledge and perspective, all of which have made him a better person and lender. They have also taught him lessons that have helped him as a leader and investor. He’s learned the importance of setting goals in all areas of one’s life and that there is always more to learn in this business or any business. Additionally, one must always remember that real estate is a cyclical market that goes up and down. In order to truly be financially bulletproof, one must have multiple streams of income. But the most important lesson he has learned is that regardless of how much real estate you own, your reputation will always be your most valuable asset. 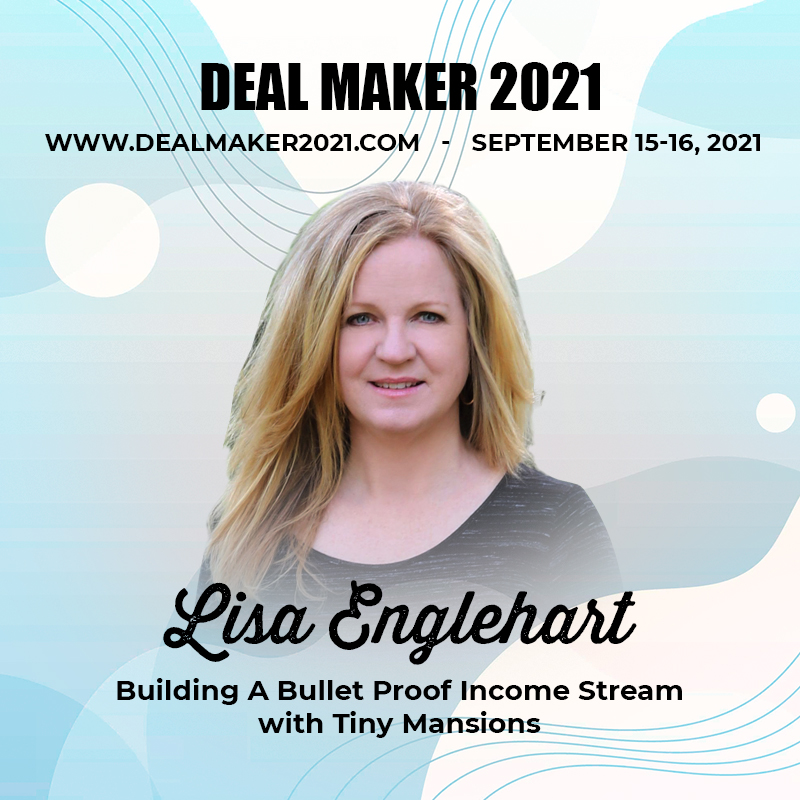 Lisa Englehart -Lisa has two decades of experience as a real estate broker and Class A
Contractor. She builds single-family homes, rehabs and flips properties, creates
seller financed notes, and purchases properties subject to the existing mortgage.
She has found that building small Teenie Homes is a much more sound and
lucrative endeavor than any other real estate investing she has done thus far.
Across the U.S, the price of homes has skyrocketed. Now anyone who wants to
experience the Great American Dream must first get a loan for $300,000 to
$400,000+ then make huge mortgage payments every month for years.
Sadly, this leaves millions of hard working Americans out in the cold where home
ownership is no longer a possibility and millions sentenced to a life of constantly
rising rents.
Lisa Englehart is changing all that with a national affordable home revolution
called Teenie Homes USA. Her attractive, comfortable, tiny mansions are built on
permanent foundations with enough space for individuals and small families to
live comfortably in a home that they can afford.
Lisa believes Teenie Homes are the solution to the nationwide affordable homes
crisis. She is helping other real estate investors learn how they can easily build
their own Teenie Homes, create multiple streams of income, while providing a
nice affordable home for people to live. 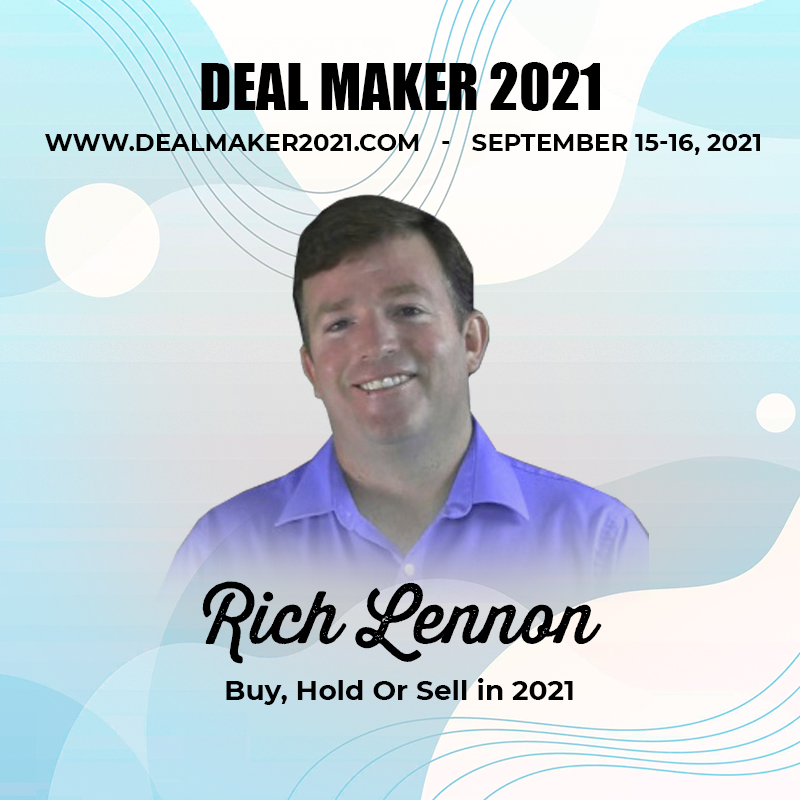 Rich Lennon comes from an entrepreneurial tradition, working initially with his parents in their family business, and later branching out into his own ventures. He enjoys owning his own business and continually seeks ways to grow and add value to his and his partners’ ventures. Creating win-win situations is important to how he operates.

Rich is a natural teacher, and he is passionate about giving back to his community .

He is a loving husband and the devoted father of three young children, all of whom learned to kick a soccer ball upon learning to walk. He is excited to coach their teams as they become old enough to play organized sports. His plan is to involve the children in RVA Property Solutions when they come of age, with hopes that it will entice them to return to Richmond to sink their own permanent roots after they complete college. 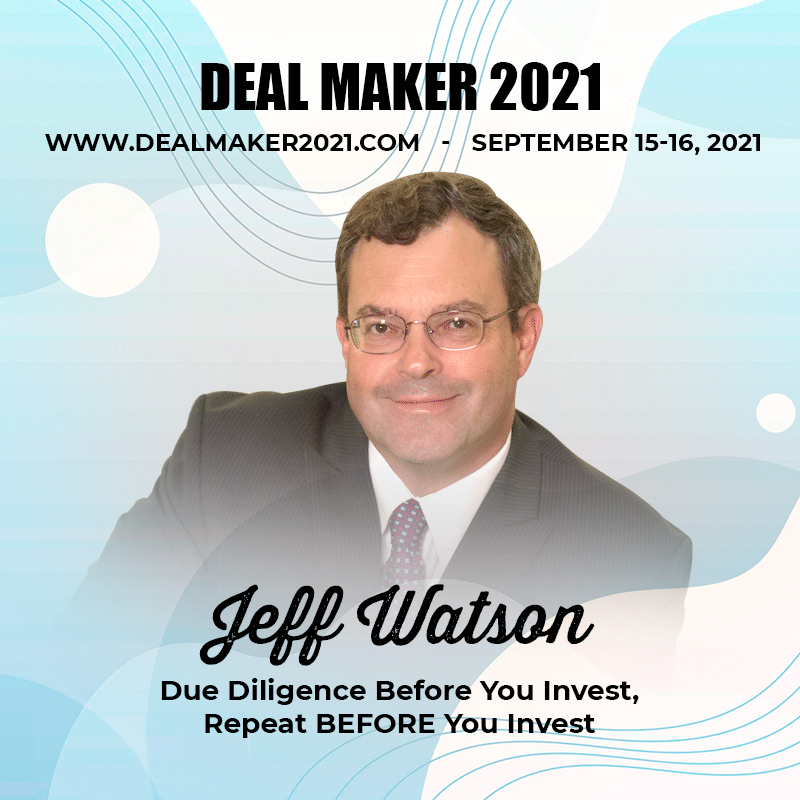 Jeffery S. Watson is an Ohio attorney who has had an active trial and hearing practice since 1991. Jeff has also been a real estate investor since 1994, investing in both residential and commercial properties. He currently represents established real estate investors in commercial and residential matters when the transactions involve self-directed retirement accounts. He has become recognized as a thought leader and teacher in the field of real estate investing, self-directed retirement account transactions and wealth protection.

Jeff is general counsel to the National Real Estate Investors Association. He advises four different national organizations with a combined membership of over 100,000 investors.

From 2010 to present, he has led a lobbying effort in Washington, DC on behalf of real estate investors which has brought about several changes in both government regulation and policy on distressed property purchases, taxation and resales. In Ohio he works with the Ohio Division of Real Estate on teaching compliance in the area of wholesaling real estate.

Jeff is general counsel to and a co-founder of Realeflow, LLC, which made the Inc 500 list in 2011. 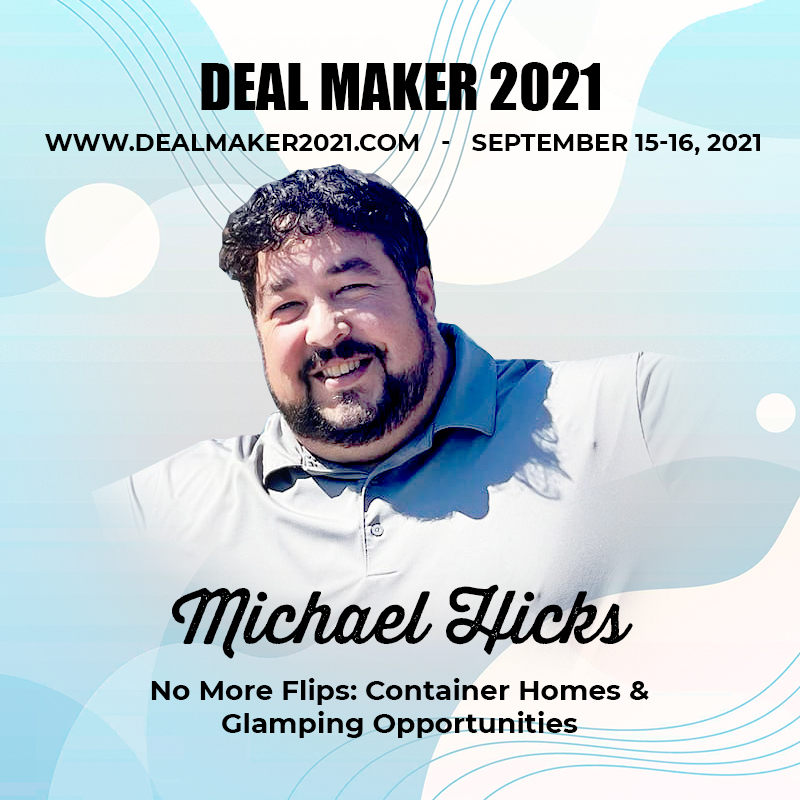 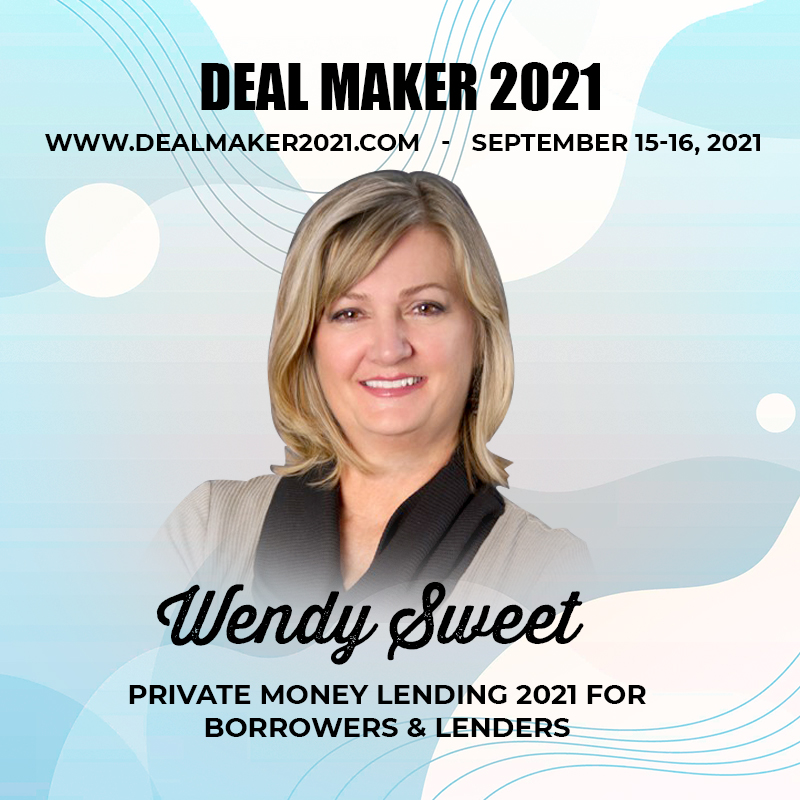 Wendy Sweet has been lending money to investors since 2001 as both a conventional lender and Hard Money lender. In 2008, she along with countless others tossed conventional lending to the trash pile. She dug in by growing her Hard Money Company offering funds to the investors who were able to navigate the changing world of real estate. She and her partner who is also her brother, Bill Fairman, have been successfully lending money primarily in North and South Carolina to investors, rehabbers and builders. Â They now manage a real estate fund for accredited investors in addition to brokering loans for those with money to invest.

Wendy is also a 35 year licensed real estate broker in both Carolinas. She combines her selling knowledge with her long time lending expertise in order to provide top-notch service to her borrowers and investor lenders. Their goal is to guide and assist like-minded people to build their wealth allowing them to impact the lives of family, friends and community by building wealth through a proven lending model in the Carolina’s while providing strong returns for real estate investors. 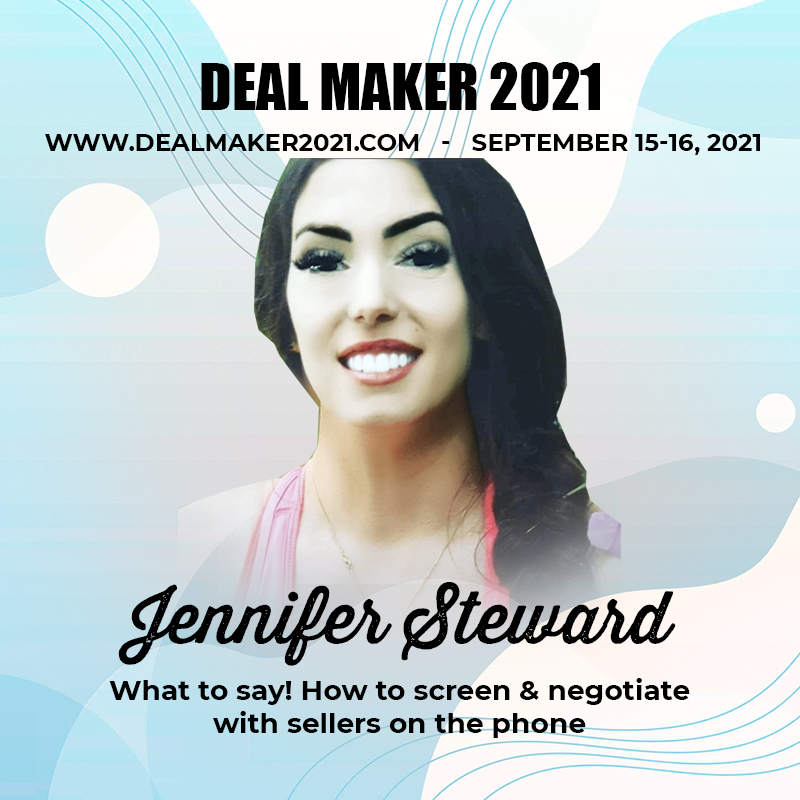 Jennifer Stewardis an off market, real estate acquisitions and disposition specialist who has helped over a dozen real estate investors build successful companies through virtual processes. She has been in sales for over 20 years, and is a mother of two. She graduated with a science degree in psychology, then started a successful business development company that helped companies in several industries build out a customer base before eventually finding a niche in off market real estate.

She currently has an agency of virtual business development specialists that cater to all industries, and continues to help investors build their acquisitions and dispositions departments. 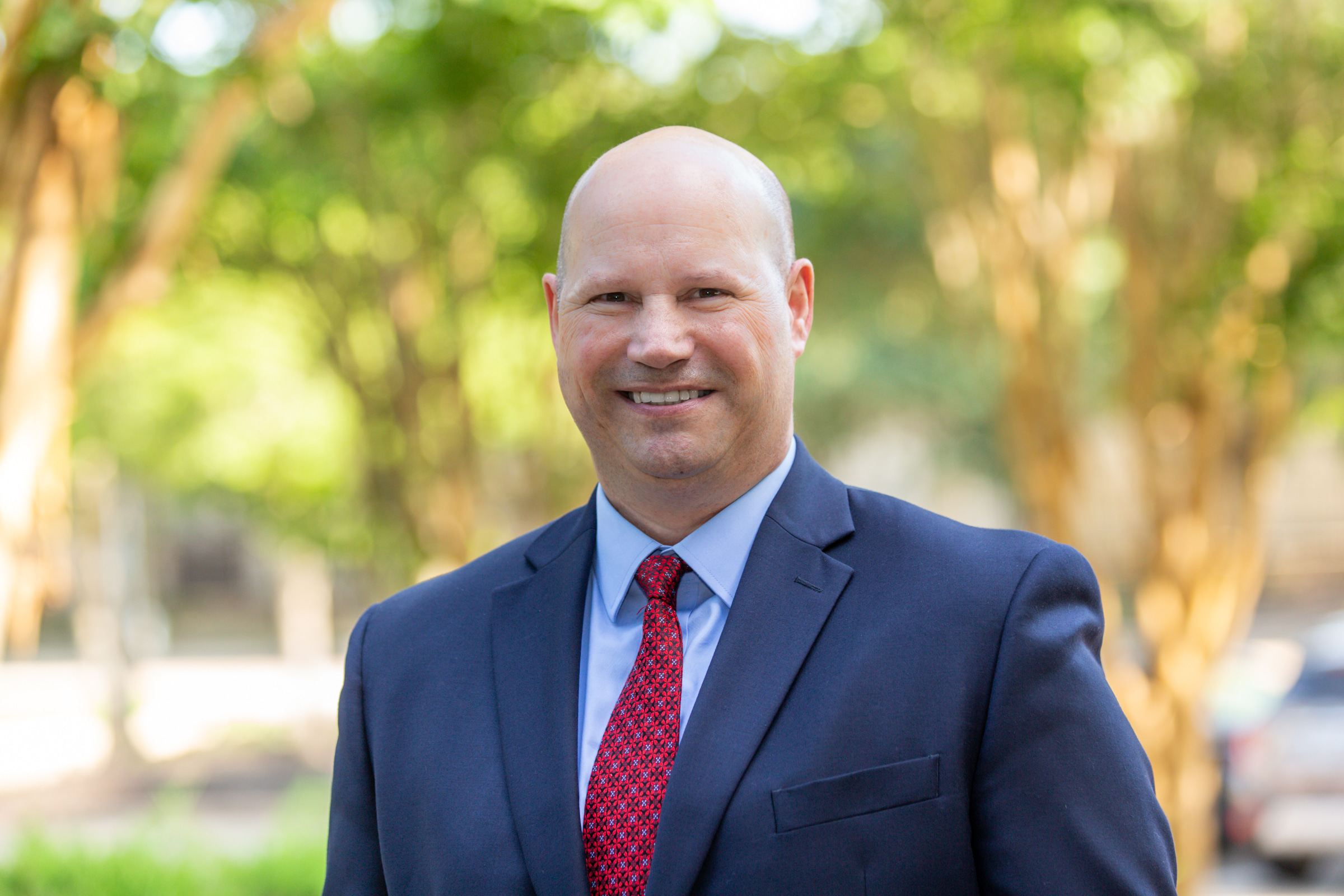 Steve Csobaji received his B.A. from Denison University and went on to earn a Master’s Degree in Management from Marymount University, also earning a Certificate in Financial Planning from Georgetown University along the way.

Working in the Pension and Retirement Plan industry since 2000, Steve has advised every level of client – including C-suite executives and Board of Directors members. Over the course of his career, Steve has worked for T. Rowe Price, PNC Bank, TIAA-CREF and handled every type of Employer Benefit Plan – from Defined Benefit to 401(k)s to Deferred Compensation.

Steve is currently working as an IRA Specialist for Quest Trust Company, where he leverages his experience to help his clients navigate the niche world of Self Directed IRAs, so they can invest in everything from traditional Real Estate, to Private Entities, to Promissory Notes, and much more.